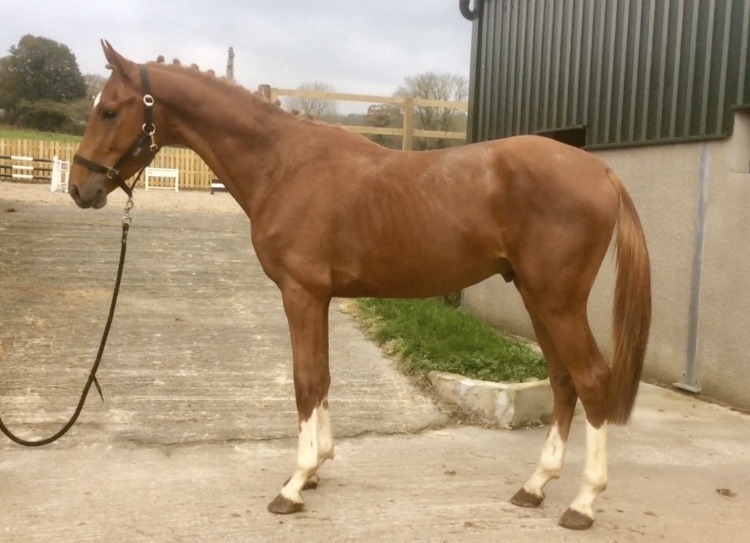 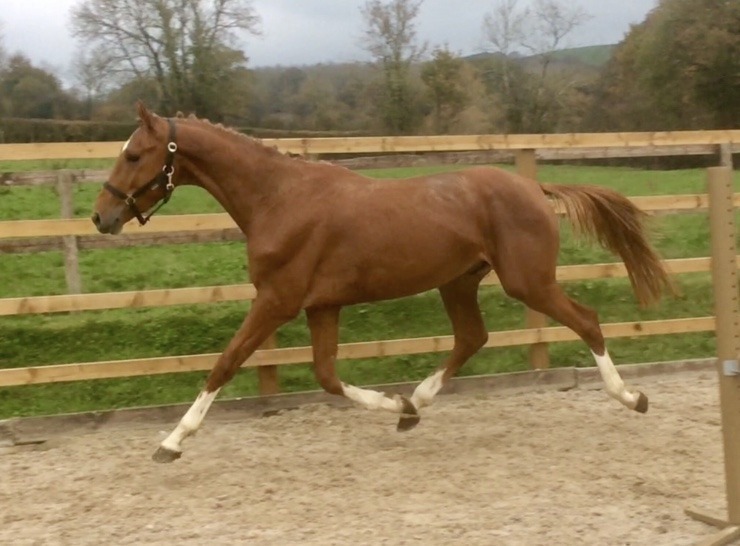 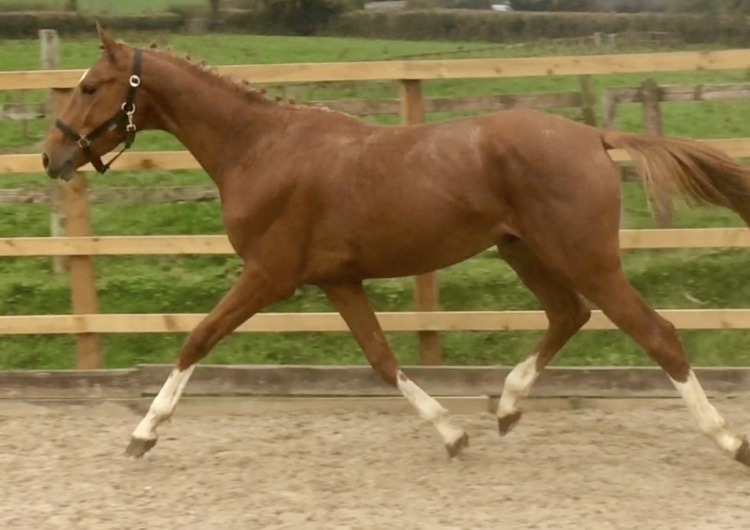 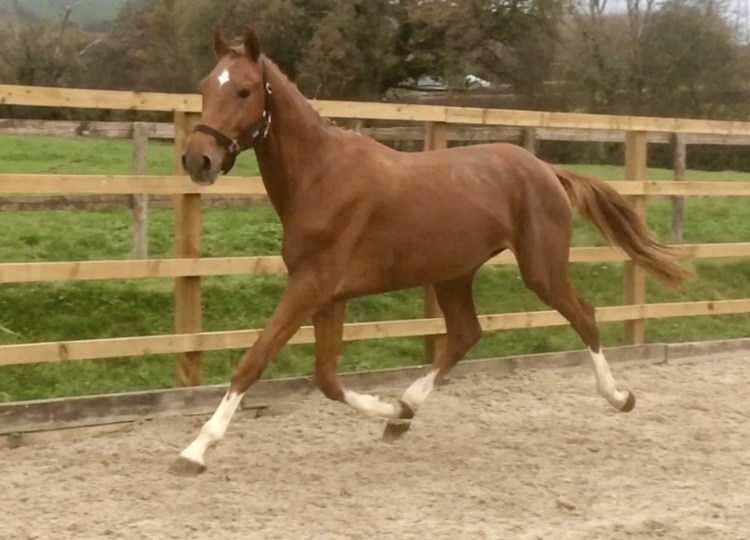 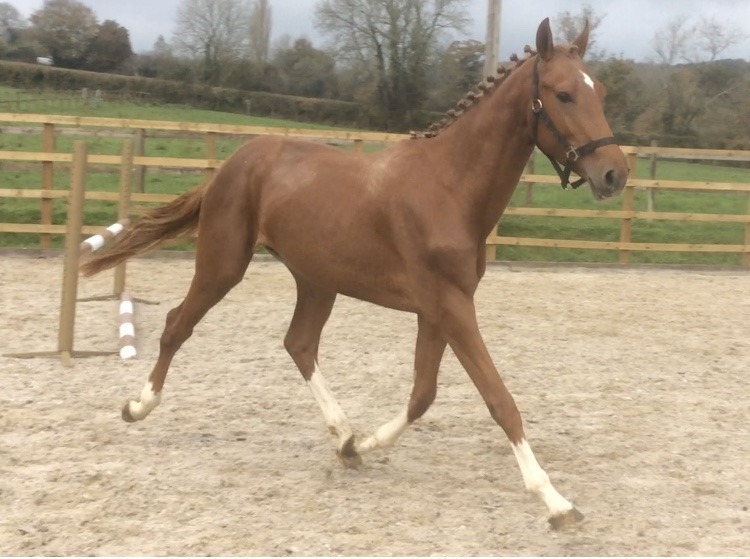 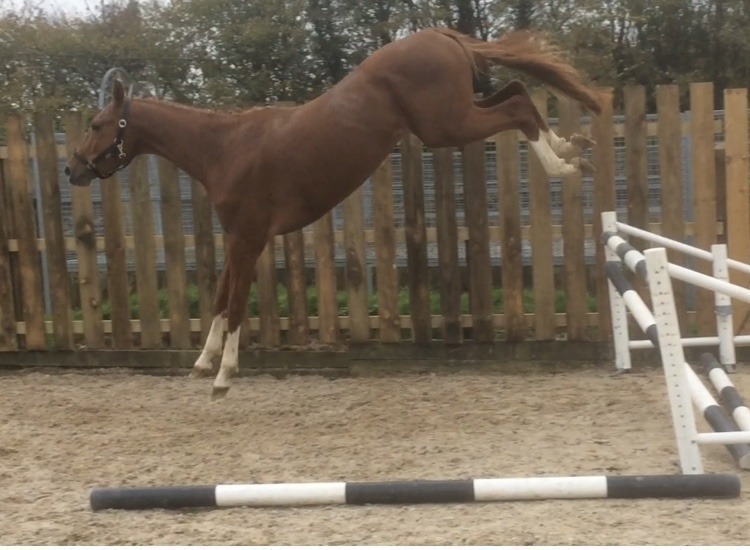 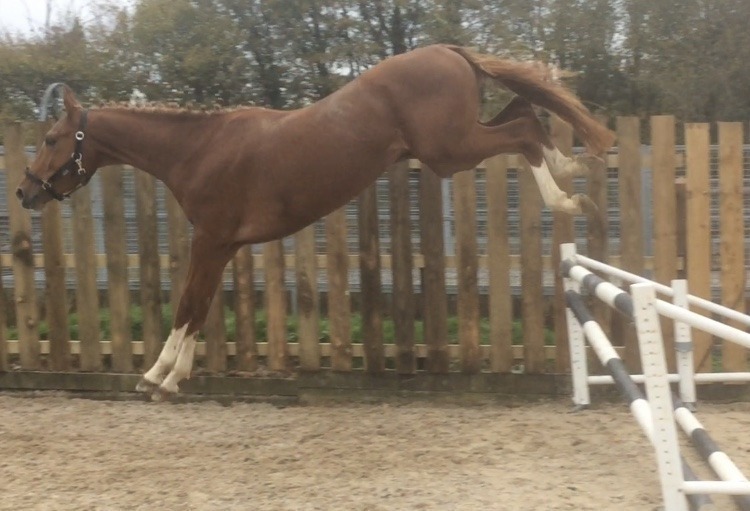 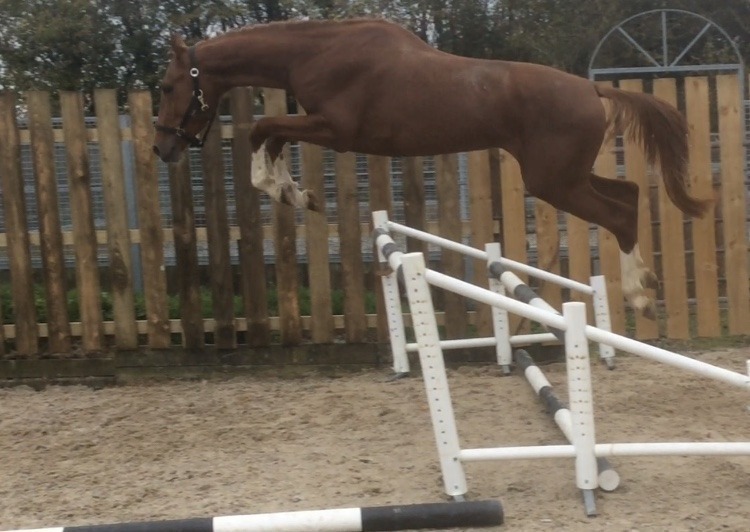 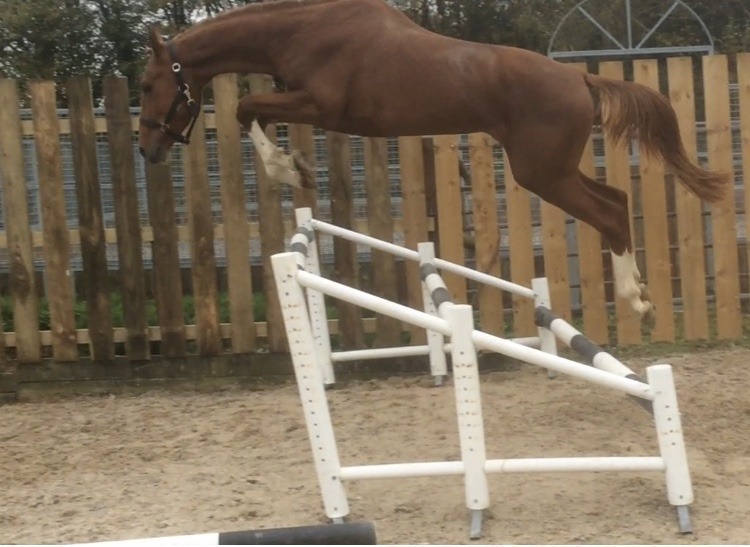 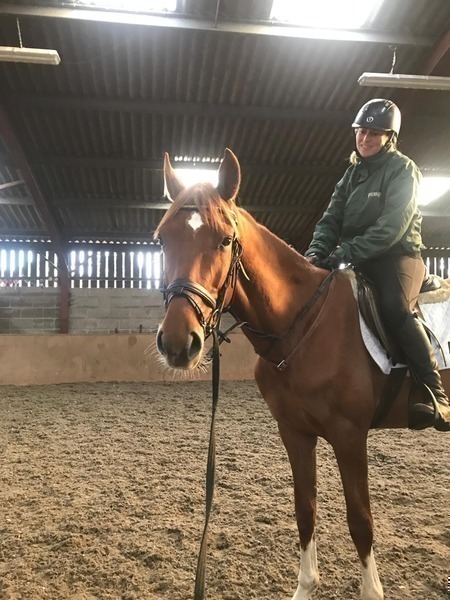 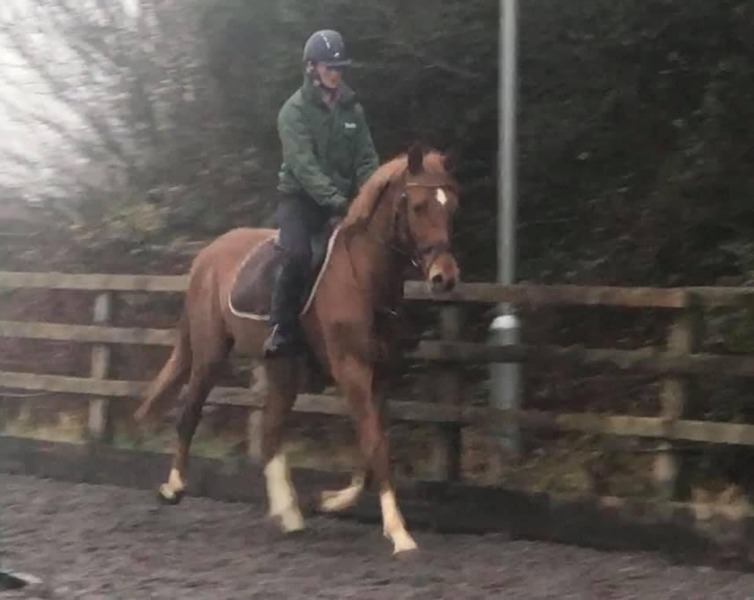 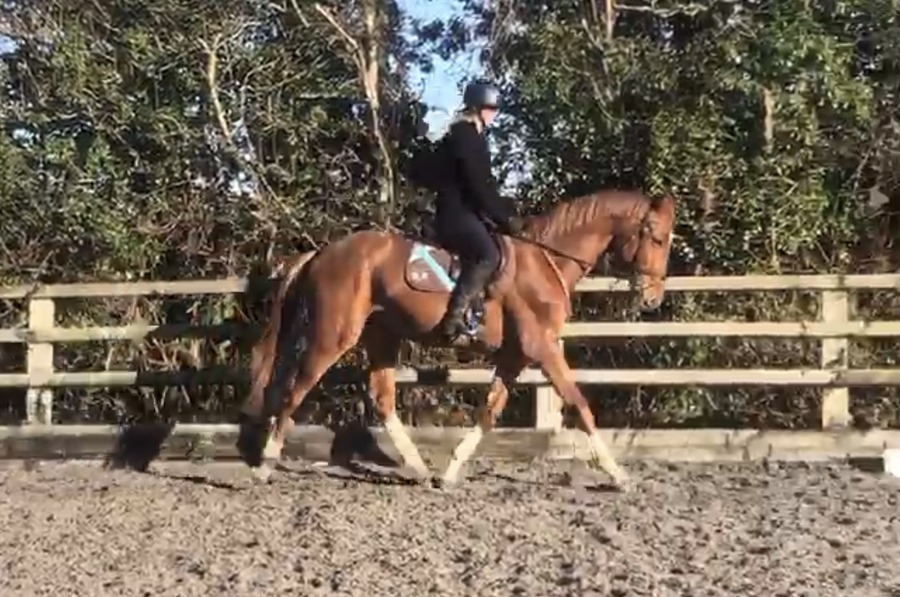 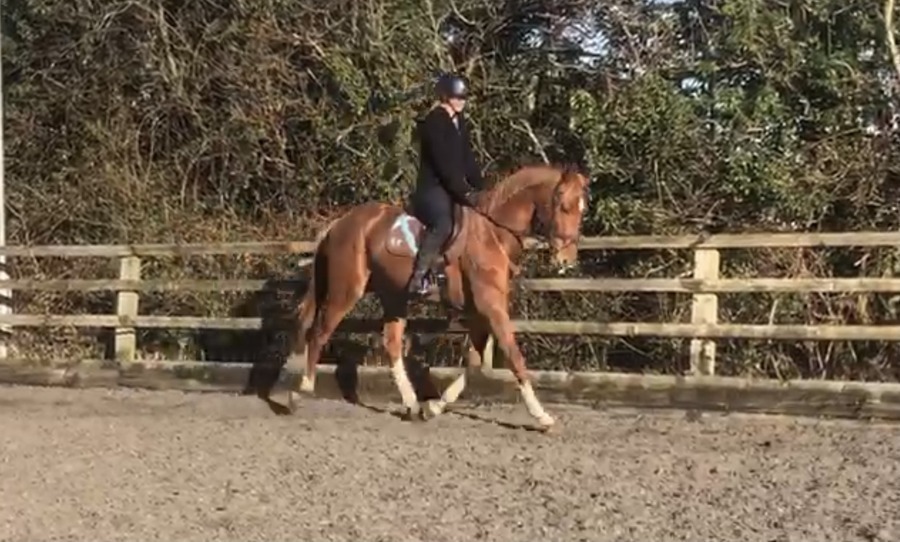 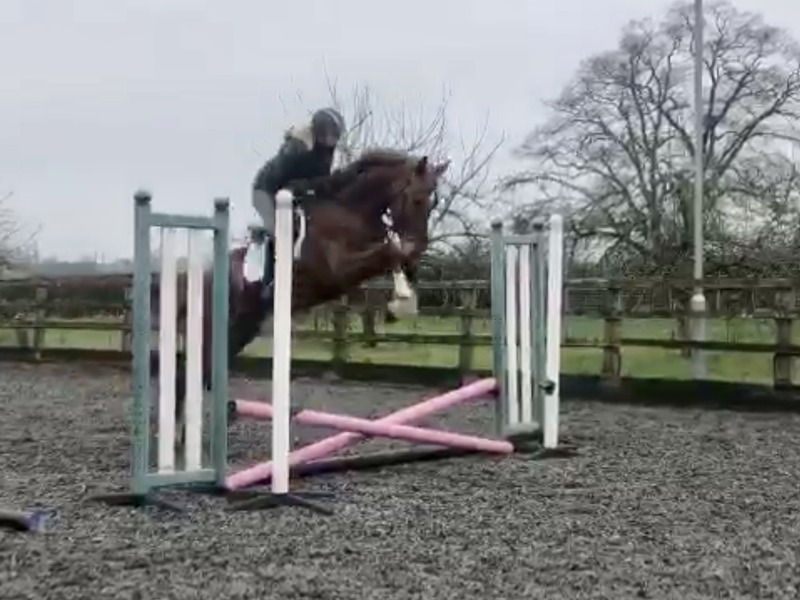 
16.1hh 4yo stallion(can geld by request, has a real non stallion temperament)this is a very exciting young horse worthy of any producers stable....

Inaico’s showjumping talents did not just fall from the sky. His full sister, Hello M’Lady, is one of the most successful show jumpers in the stable of British leading rider Scott Brash. This pair has captured many accolades to include winning the Global Champions Tour in Monaco and the World Cup class in London. Hello M’Lady’s first daughter, Picobello Jasmine, makes furore at the 1.50m level. Inaico’s sire Indoctro needs no further explanation - over and over again his offspring prove their exceptional talents in performance and in the past decades his daughters are highly sought after for inclusion in breeding programs. The same can be said for grand sire Baloubet du Rouet, producer of high-level offspring, not to mention that he himself was an Olympic Champion and three-time winner of the World Cup Final.

Inaico himself was one of the eye catchers at the KWPN Stallion Show in both Ermelo as Den Bosch. In the KWPN stallion test, Inaico again impressed and he was approved with no less than 83.5 points. His light-footedness, exceptional reflexes and remarkable carefulness were well rewarded, as was his athletic scope. For his canter, reflexes, scope, rideability and talent as a show jumper, Inaico was given an 8.5.

When on the course, Inaico is careful and sharp, with a good mentality and shows a lot of quality. His first international placings are set and he was the Champion of the KWPN Stallioncompetition at 1.30m level.

his grandmother jumped to 135cm level and his dam to 110cm level before her career was cut short through a field injury.

this guy has two exciting siblings!

he is a very special jumper , a real mover full of blood and quality and one im very excited by..

update ! December 2020: currently being broken proving to have a great brain